You have no items in your shopping cart.

This turron is one of the best selling and most popular, especially in the Levante area. During the production process, the yolk turrónis taken without toasting, covered with sugar and a burning plate is passed until the sugar get toasted and it picks up its color. 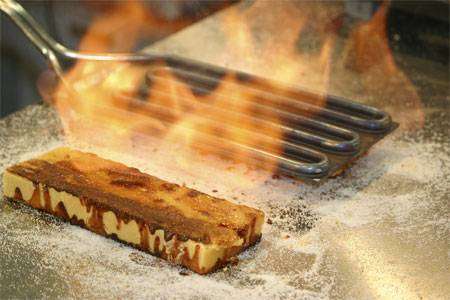 Toasted yolk turrónis considered one of the "turrón de obrador", such as Turrón, Yema, among others. Almond and sugar are also used as the main ingredients. But, other differentiating ingredients like candied yolk, candied fruit or nuts are used.

One difference from the previous protected turrons lies in the processing process and is that the almond is not toasted.

Here's a video of how sugar is burned to make the toasted yolk:

If you want, we also have turron of Yolk or Turrón of Yolk